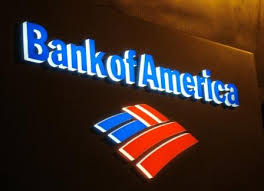 This website provides details regarding an email sent to Brian Moynihan, CEO of Bank of America on September 23, 2015 regarding racketeering activities in the Mortgage Servicing Division and Legal department of Bank of America.  The email had 200+ important people on the CC list.  This website was made public the same day the email was sent.
​

June 2015 - Bank of America offered a fake repayment term extension application process that that would reduce the 288% payment increase to 211%.  Non-sensical underwriting guidelines were applied to the applications enabling Bank of America to refuse a payment reductions to anyone who applied.  When caught in the scam, a BofA VP initially lied about the guidelines claiming they were Government guidelines.  She then recanted when presented with truthful information.  A request for BofA to put the non-sensical underwriting guidelines in writing was refused by 4 levels of Bank of America execs (all documented in email and now posted online).  A request for the name of the BofA exec who created the fake business process was also refused.

July 2015 - The Execs eventually deferred to BofA legal. David Tinkler, Assistant General Counsel, initiated dialogue. I dropped an information bomb regarding racketeering activities related to the "arbitrary" denial of the renewal, the fake repayment term extension process, and the past and present derivative HELOCs that were industry wide, indicating industry wide banking collusion in the mid 2000s and presently. Bank of America responded immediately with an offer to reduce my HELOC payment if I was willing to sign a non-disclosure agreement.  I declined...
​
September, 11 2015 - The Bank of America Execs directly involved in the deviant repayment term extension were notified of http://karmic-tsunami.weebly.com which exposed BofA Deviance, their role in the deviance, as well as the larger realities that were discovered as a result of investigating my banking problem.

September 23, 2015 -  Brian Moynihan, Bank of America CEO notified directly via email of  http://karmic-tsunami.weebly.com.  The email had over 200 people on the  cc: list including CEOs of other major banks, reporters (foreign and domestic), consumer rights groups, and others...

September 24, 2015 - Senator Richard Shelby (Chairmen - US Senate Committee on Banking, Housing and Urban Affairs) and Senator Sherrod Brown (Ranking Member of the Committee) were notified of this website via their contact us pages.  (see "political CC list" for others contacted).
​

Given a lack of feedback on this from BofA (we didn't really expect any), I made the following efforts to get some attention on this matter and the website:

While hitting these expected road blocks I was forced to mull over my publicity options.   I thought about just letting the website percolate, but given the sanctity of banking, the Pope's visit to the US, and the Vatican's covert involvement in global banking and other nefarious matters, I thought it'd be a good time to make a publicity push.

In the end I decided an old-fashioned town crier event was my only option.  It's a shame that the US media and government oversight isn't working better, because if it was, I wouldn't have had to make this all so personal for everyone cc'd on this email.  I realize this is kind of a "nuclear" town crier event, but we, as a "free" society aren't close to free, and anyone who thinks they are needs to recognize that freedom relies on freedom of the press, and we haven't had a truly free media since 1915 ( http://www.mindfully.org/Reform/Morgan-Buys-Newspapers9feb17.htm ).

To think we've been living in a propaganda machine since 1915 should be a real wake up call for most.  A time warp of sorts...  Anyway, here's who's on the cc list:
The Cabal - I struggled to get emails for the Rothschilds, Warbugs, Lazards, Sieff, Rockefellers, Kuhns. etc.  I'm hoping some of you all at the top can forward this to those folks? (  http://www.globalresearch.ca/the-federal-reserve-cartel-the-eight-families/25080 // http://www.globalresearch.ca/the-federal-reserve-cartel-freemasons-and-the-house-of-rothschild/25179 )

The Fed - I struggled to get emails for all the folks at the FED branches.  If you have contacts there, can you forward to those folks? the NY branch is the most relevant but they are all tied to the cabal, so they are likely covered with the folks above.

I'm just a guy who works from home as a sole proprietor trying to keep a float in these unbelievably challenging, corrupt and unenlightened times.  My coworkers are my cats, my business is very light on complex financial dealings, and yet bankers are consistently my problem.  And I'll be dipped if I'm going to start paying a [bunch] of money to a bunch of deviant and corrupt bankers so I can start over yet again building up cash reserves down the road.  It's just not happening for a 3rd time without a fight of some sort or another.

Brian, given your position of power in Corporate America, and those I've cc'd on this, I'm hopeful you all can help me with publicizing "our" current situation to raise awareness to the realities of a media lost to Corporate America, Banking lost to the Cabal, and a government that is just lost to the world.

The truth really will set us all free, but I'm not sure at this point if anyone knows how to be truthful anymore. BUT I'm hoping you all as a group can prove me wrong...

So here's what I'm hoping to get from this email and my websites ...

I don't personally see how we can avoid a repeat of 1929, and I'm not alone in that analysis.  People have been screaming it for years (decades).  In my opinion, its a "now or later" type of decision we need to make as a society.  Things have to get worse before they get better.  My vote is for now, because I don't want to start over again after this HELOC bs and then have to face this crap again in another 7 years (and that is significant, for those of you not in the know...).

For what it's worth, if we allow our banking system to collapse, we have an opportunity to not only remove the control mechanism of cabal run banking, but we have the opportunity to remove the fossil fuel control mechanism too (which is closely tied to the cabal and financing) and that would lead to something termed "free energy".  And ultimately THAT is what I'm personally shooting for and that is what you all should be shooting for too once you educate yourselves on the realities of our current situation and the realities of  "free energy".   There's more info on this just below my signature  (  http://our-future-is-in-free-energy.weebly.com   )

To think I've got to launch the equivalent of a "nuclear" town crier attack on our banking industry over an asinine 1700/month "collateral" payment seems like a dumb way to get people to wake up to a better world for all of us [omitted duplicate text], but it is what it is at this point. If we, as a national and global society can get out of the "controlling" mindset and into a "liberating" mindset, free energy is available to all of us, and that is a "real game changer"[.]  It is one that benefits your children and grand children the most.

For what it's worth, I had no plans  to be the one to have the consumer banking experience that would bring this awareness to a broader audience.  I recognized it needed to happen years ago along with thousands of others but I figured I'd be a silent spectator in the events.  Some people win the lottery, and I win the crappy banking experience that can be used to out our corrupt federal bankers.  Go figure.

I hope you all take this email and the websites I've referenced seriously. If this isn't taken with significant sincerity, I'm of the impression that subsequent events to get attention on this matter will likely register off the Richter scale.  And that's not a  threat, just a reality that has been conveyed to me by Mother Earth and some energies that are more conscious than most at this time.

I am really hopeful we can find a peaceful resolution / dissolution to our corrupt banking system problems.

http://karmic-tsunami.weebly.com
This website details my experience with Bank of America and delves into educating the public on our Federal Banking problems.

http://bofa-bunker-buster.weebly.com
This is a one page website that serves a copy of this email to the public.

http://our-future-is-in-free-energy.weebly.com
Website that introduces the concept of "free energy".  Free energy is the concept of freedom from fossil fuels via technologies that were around at the time of the pyramids and technologies that were reintroduces in the 1890s via Nikola Tesla (and subsequently suppressed by our capitalistic energy families), and the reality that our Military scientists have known we could be fossil free for over 15 years.  With the exception of a very small number of families on this planet, we really are all on the same side.  They have done a wonderful job of keeping everyone fighting with each other to prevent everyone from realizing our true nature as free beings.